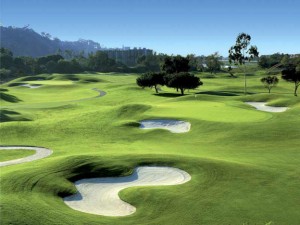 Golf’s popularity soared when Tiger Wood won the Masters Tournament in Augusta, Georgia in 1997. Following his win golf tournaments attracted huge numbers of participants as well as a massive television audience. Direct result of this new found popularity is when Tiger won U.S. Open in Pebble Beach, California some 400 golf courses were under construction in the nation. This was a record not seen before.

Since 2006 some 775 courses have been closed, again a record number. Number of rounds played has been dropped by 7 percent. Number of courses available to play nationwide has fallen to about 16,000. The prolonged U.S. recession appeared to be the main culprit. Additionally, Tiger who attracted a generation of supporters into the game and golf courses is in doldrums for personal as well as medical reasons.

According to some real estate professionals, there are approximately 185 standalone golf properties available for sale in the market. Asking price varies from $320,000 to $15 million. Investors from Donald Trump to home builders like Toll Brothers are buying golf properties for investment purposes. Their investment horizon is four to five years and they intend to make a bundle when they sell.